Three Patek Philippe Models To Invest In And Wear

Patek Philippe is the most popular brand for collectors to invest in (apart from Rolex – but that’s a different story). The market for vintage Patek Philippe watches is especially popular, with a lot of money going around in sales and auctions. In this article, we will focus on three models that are far from secret sleeper watches. However, they might just be the right choice for new as well as experienced collectors.

The success story of vintage Patek Philippe watches is based on several factors: 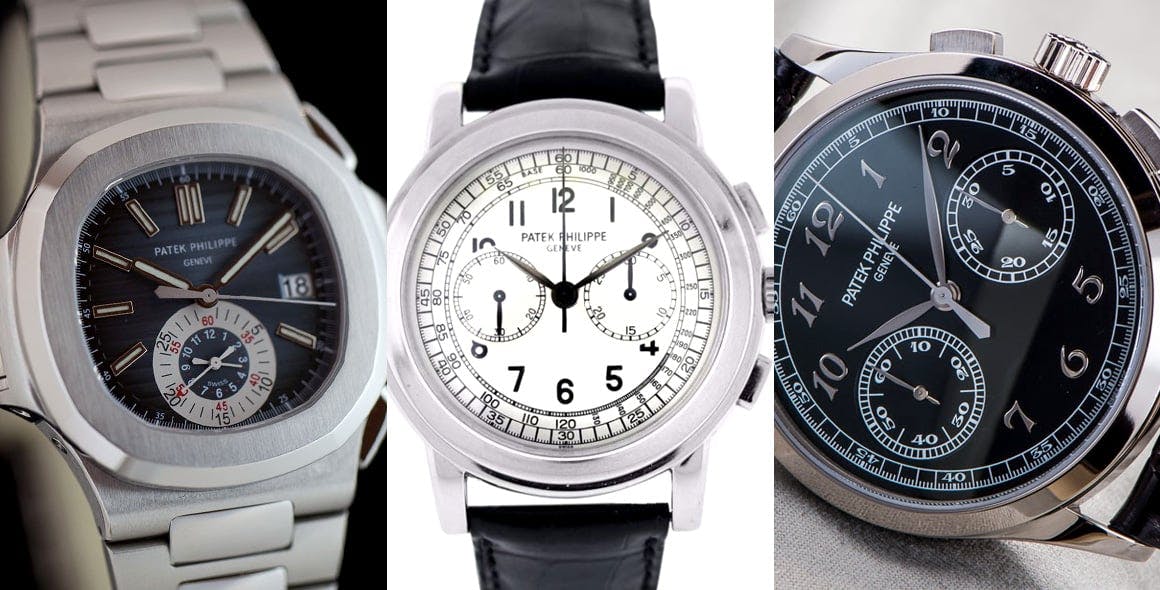 Craftsmanship: The true beauty of Patek Philippe lies in their incredibly beautiful movements and the overall high level of detail and finish of all of their watches. Almost every part of the movement is hand-finished, dial designs are unmatched, and every single element’s finish is up to the highest level.

Exclusivity: Because Patek Philippe watches are intricately detailed, it takes countless hours or even days and months to produce a single watch. Therefore, the brand does not produce in mass numbers although the demand is high.

Investment value: Historically, the value of Patek Philippe watches has increased tremendously. Both the prices of vintage and some current Patek Philippe models have risen over time, which makes them an interesting investment. 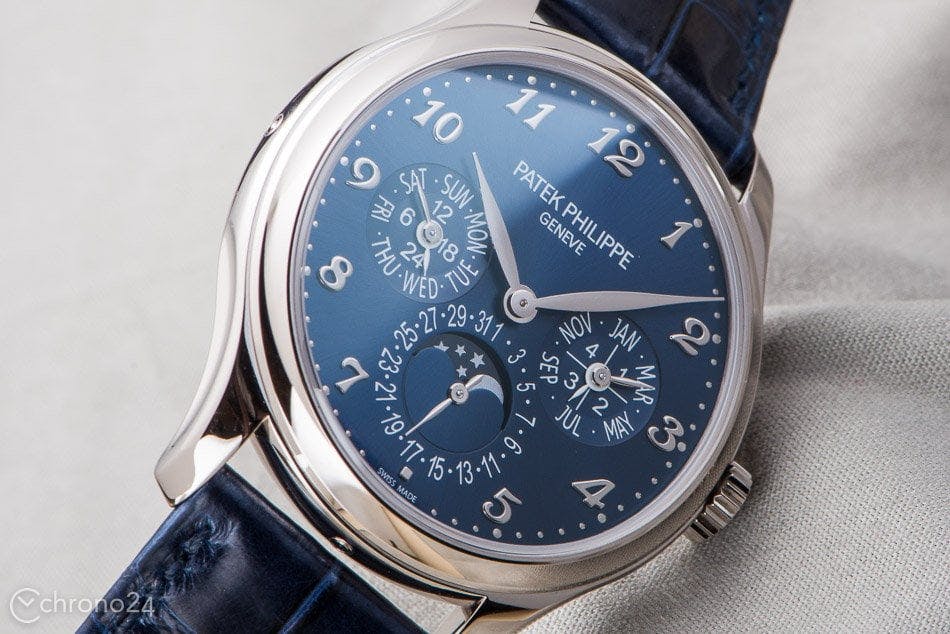 Individual stories: Every Patek Philippe watch is registered in the brands’ archives so the history of each watch can be traced. Every watch has a searchable extract in which you can find the date and time of production and where it was sold. And as there are many famous and influential people that have owned Patek Philippe watches, just imagine all the individual stories hidden behind every watch.

Brand value: The incredible level of craftsmanship ensures Patek Philippe watches are made to last for several generations. The timeless designs are appreciated by young and old watch enthusiasts alike, and the overall statement of wearing a Patek is recognized by connoisseurs. When you own a Patek Philippe, you know you own a special watch. 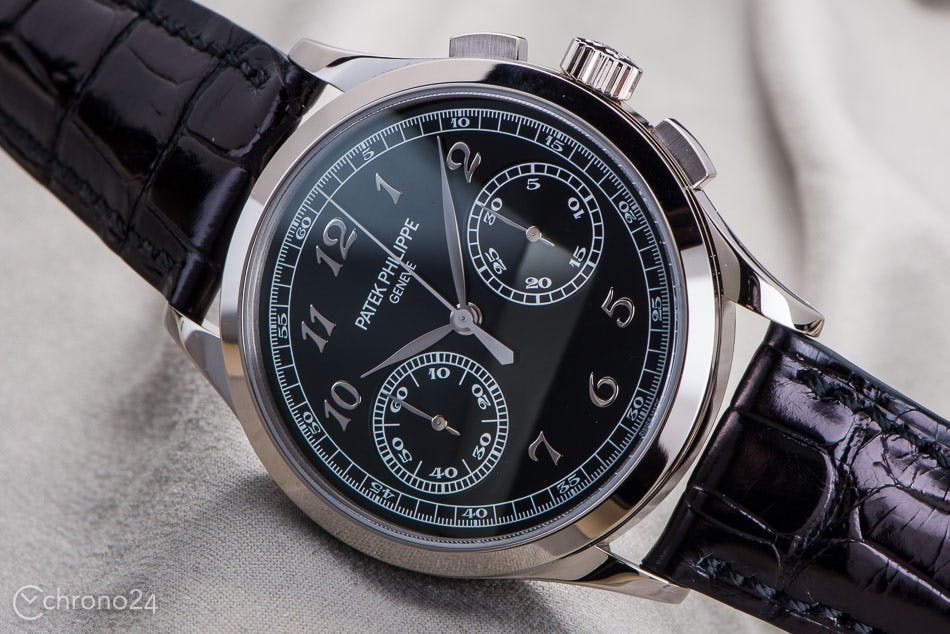 The Patek Philippe 5170 Chronograph impresses by its beauty through simplicity. The watch is a very traditional chronograph and does not feature any other complications. However, that doesn’t mean it’s not special. The perfection of its 1940s design in combination with the deep black dial makes this watch a true statement of style and sophistication. Although the overall idea behind a chronograph is that it’s a sports watch, the Patek 5170 is a more formal chronograph. Sure, you can wear it in casual situations, but the watch truly shines when worn in combination with a suit and tie.

The watch has a 39.4-mm white gold case that is significantly smaller than many current day chronographs. The diameter, combined with a slim case, makes the watch very easy to wear and contributes to the watch’s overall sophisticated style. Its look is further defined by a black dial with a very stylish and simple layout that differs from the same watch with a white dial (Ref. 5170G-001). The version with the white dial has an extra pulsation scale on the dial and the design of the subdials is busier and more classical. This makes the black version easier on the eye and overall more readable.

The watch is powered by the fully in-house developed caliber CH 29-535 PS. Before the introduction of this movement, Patek used to base their chronographs on Lémania movements. And as with all of their movements, their design and level of finish is outstanding. 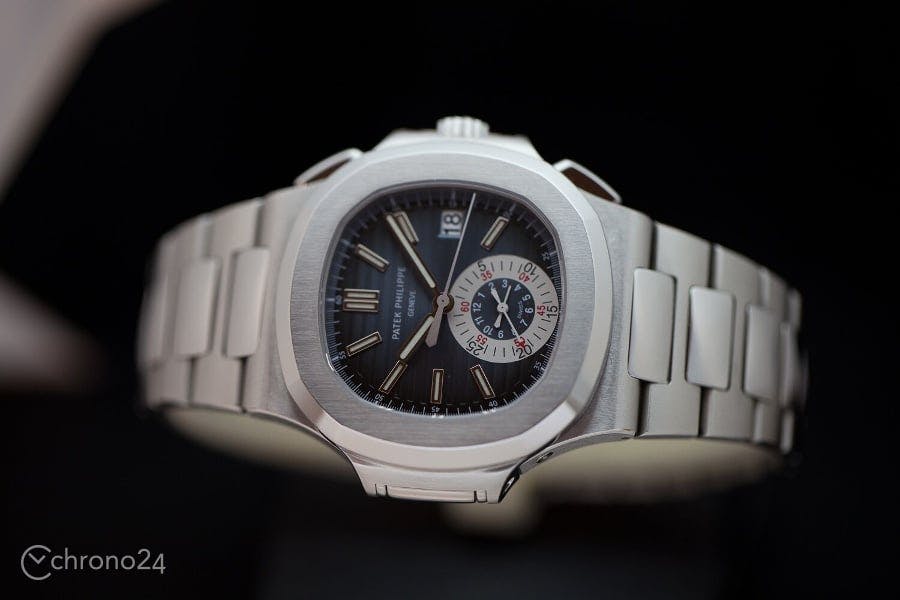 The legacy of the Patek Philippe Nautilus has contributed greatly to the overall appreciation of the brand, especially since the Nautilus and Aquanaut timepieces represent the more modern side of the Patek Philippe collection. The Nautilus, which was designed by world famous watch designer Gérald Genta, was first introduced in 1976 and can be categorized as a luxury sports watch.

The Nautilus Chronograph ref. 5980 is the ultimate in sports watch in both form and function. The watch was first introduced in 2006, the same year when the entire Nautilus line-up was reintroduced. It marked the 30-year anniversary of the Nautilus. Now, more than a decade later, the watch has been recognized as taking a special position in the Nautilus range because it is Patek’s version of the highly popular luxury sports chronograph.

This masterpiece is powered by the impressive in-house Caliber CH 28-520. The 40.9-mm movement was completely new when introduced in 2006. The Caliber CH 28-520 is characterized by a large 21-karat gold central rotor that winds the movement. Further remarkable details are a Breguet balance spring and a four-arm Gyromax balance that beats at 28,800 oscillations per hour. Overall, the movement showcases Patek Philippe’s finest watchmaking skills. 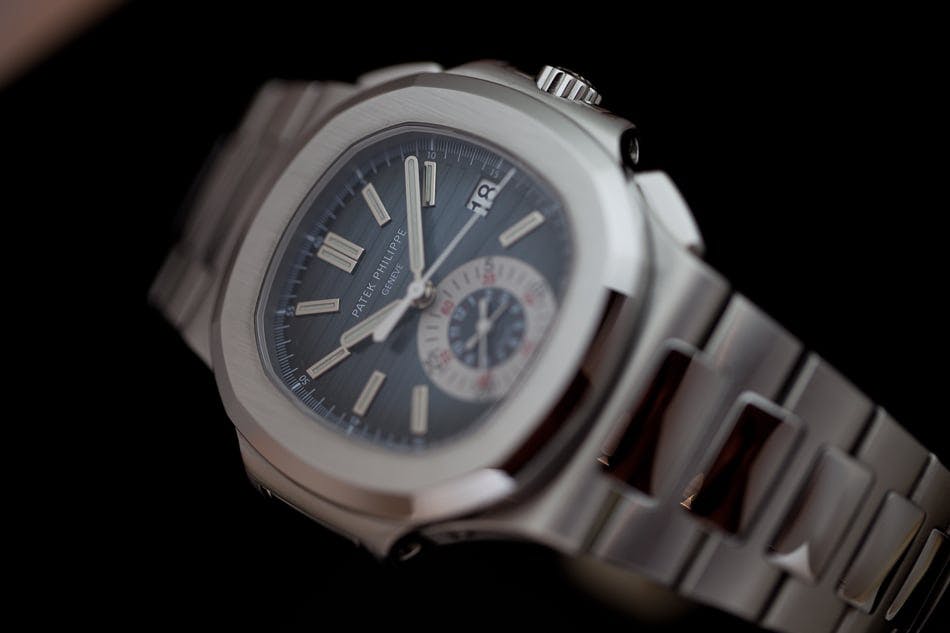 Another remarkable feature of this watch is its exceptional dial. The basic dial is the same as the regular Nautilus and features one big subdial that stretches from 6 o’clock upwards to the middle of the watch. This register keeps track of all the chronograph functions: seconds, minutes and hours. It’s not only a clever way of showing the chronograph functions in one glance; it also steers away from trying to add three subdials to a dial without them causing a cluttered design. It does the exact opposite, making the subdial the dial’s main design feature. It makes the watch very recognizable and characterizes Patek Philippe’s version of luxury sports chronographs, which have a significant place in today’s watch market. 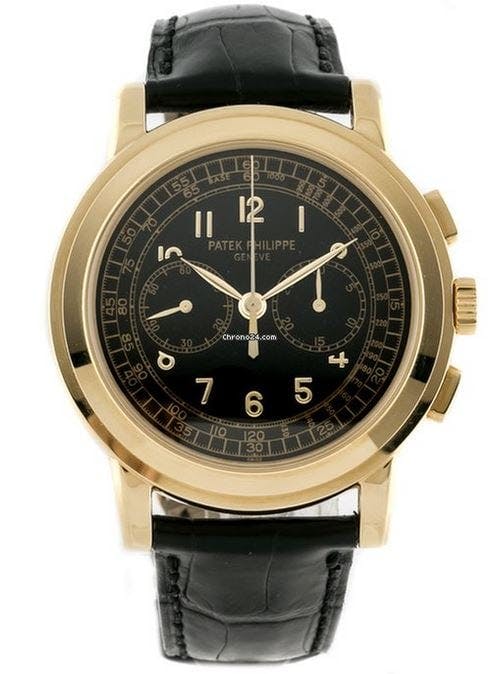 The Ref. 5070 was released in 1998 as the brand’s first basic chronograph in almost 40 years. Patek stopped producing chronographs in the 1960s, with ref. 1463 being the last. When introduced in 1998, the ref. 5070 was available in yellow gold with a black dial and measured 42 mm in diameter. This size is common nowadays but was considered huge in 1998. Out of the three watches discussed in this article, the ref. 5070 is by far the most sought after by collectors.

The design for the ref. 5070 is based on a unique Patek Philippe aviator’s split-seconds chronograph dating back to the 1950s with reference number 2512. The watch’s look was based on a classic design from the fifties, and combined with the Lémania-based Caliber CH 27-70 movement, the Patek 5070 is a true icon of modern watchmaking. Although Patek Philippe did not produce the movement in-house, it quickly gained a reputation as the most beautiful traditionally designed chronograph movement available on the market. Of course, the watchmakers at Patek modified it heavily with technical optimizations and some of the finest haute horlogerie finishing possible. Many collectors favor this watch above the earlier discussed ref. 5170, even though the 5170 has an in-house produced Patek Philippe movement. 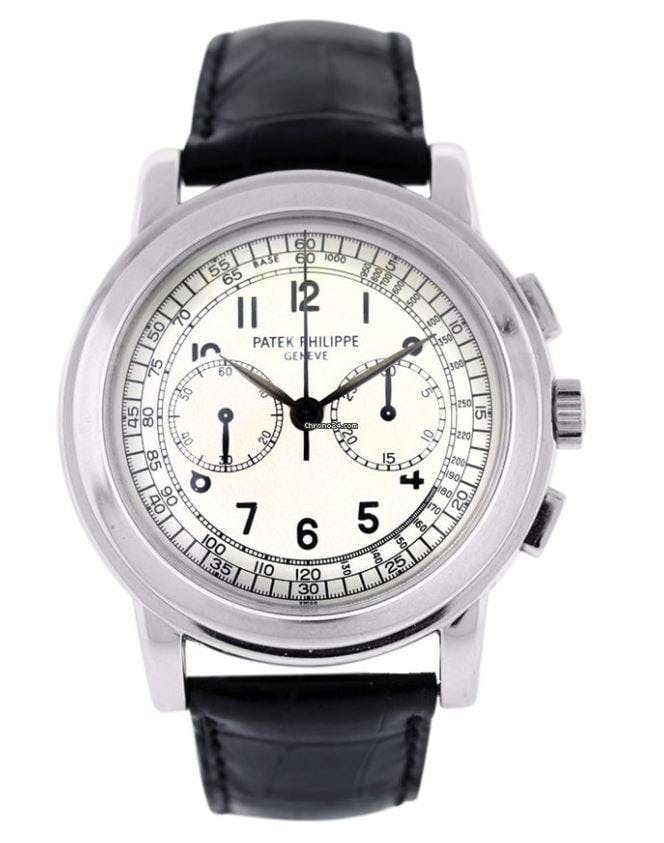 The watch is available in a couple of variations. Apart from the above-mentioned version in yellow gold with a black dial, it also comes in white or rose gold with a silver dial. If you prefer the rarest and most exclusive timepiece, you can set your sights on the 10-year anniversary platinum version with a metallic blue sunburst dial. That version is highly sought after by collectors as there were only very few made of this precious piece.

Collecting Patek Philippe watches does mean you need to have seriously deep pockets. All three watches discussed in this article are certainly well known to watch enthusiasts, and their current selling prices start at 40,000 to 50,000 euros. However, they do not yet represent a significant collectors’ value exceeding the original retail value. But prices may rise in the future due to the level of craftsmanship, and the watches’ overall appreciation will be bigger than their current market value indicates. That might just be a good investment over time. In the end, investing is about knowing to a certain degree…to what extent makes it your own investment