Luxurious, sporty, and masculine, yet sleek and understated: Those words sum up the Panerai Luminor. The Luminor is the most coveted model from the Italian watch manufacturer Officine Panerai. The brand has been around since the end of the 19th century when it was founded in Florence. It began as a specialist producer of precision nautical instruments, but soon entered the world of watchmaking. Their watches were so precise that the Royal Italian Navy soon took notice. In 1950, the legendary Luminor was born. It is a genuine collector’s item among watch enthusiasts today, especially for those who have a longing for the sea. The Florentine company has been linked to the sea from its very beginnings. The watchmakers asked themselves what would be necessary in order to tell the time in the pitch black depths of the sea. Guido Panerai came up with the solution: Radiomir. Radiomir is a compound of zinc sulfide and radium bromide – most importantly, it glows. The material is even visible underwater, meaning watches with indices and numerals coated in Radiomir are functional in the dark.

Of course, glowing numerals are ideal for diving watches. The Italian Navy agreed and asked Officine Panerai to create a specially designed watch for their Gamma combat diving team – and thus, the Radiomir was born. The case of this model was later modified and officially released as the Luminor in 1950. The very first edition featured the brand’s trademark crown protecting bridge. The Panerai timepiece was considered a military secret for decades. It wasn’t until 1993 that the watch was made available to the public. It didn’t take long for the Luminor to become a coveted model among watch fans. Today, there are two main Luminor collections: the Luminor and the Luminor 1950. The latter stays truer to the original model from 1950. It features the classic cushion-shaped case, which is available in sizes up to a massive 47 mm in diameter. The Luminor series is subtly different. Most of the watches are 44 mm in diameter, and thus slightly smaller than the classic models. The typical cushion-shaped case was replaced with a more angular midsection and simplified bezel, giving the watch a more sleek and modern look.

However, every Luminor model shares a high level of readability. The dials have large numerals and indices, both of which are coated in luminous material. The watch is also known for its durability and precision. Every Luminor also features the famous protective bridge located above the winding crown, a trademark of Panerai timepieces. The bridge protects the crown and contributes to improved water resistance. Every Luminor case is made from a single piece of steel, meaning the lugs are a continuation of the rest of the case.

There are several different models within each collection. We’ve chosen three to look at in more detail.

The Luminor Marina is a masterpiece of form and function. Like every Luminor model, the Marina is the perfect choice for lovers of the sea. This water-resistant watch is incredibly durable. The Marina is available in a number of different versions. Buyers can choose between the historical 1950 model or a more modern edition. Dials are available in a range of colors, including classic black, white, and an elegant brown tone. There are also several options in terms of bands. Alligator or buffalo leather straps are an excellent choice for the more adventurous out there. If you desire a more modest look, calf leather straps are also available. Last but not least, the Luminor Marina is also available with a steel or titanium bracelet. You likewise have the choice between an automatic or manual movement. The Luminor Base is the simplest version of the Luminor. It is understated, yet retains all the characteristic features of the famous timepiece: It is reliable, durable, and can be read easily at night or underwater. The Base has a large, minimalist dial with hour and minute hands. Like all Luminor models, it has the Panerai protective bridge and a monobloc case. From die cutting to finishing, there are 60 steps involved in the production of a single Luminor case. Continuous quality control guarantees the end result is both durable and extremely precise. Moreover, the Luminor Base is water-resistant to 300 m (984 ft.). This timepiece is the perfect choice for anyone who feels connected to the sea wants to showcase their passion by wearing a legendary watch on their wrist.

Up until 2018, the Luminor Base was powered by a modified ETA caliber; however, this is no longer the case. In 2014, Panerai opened a production facility in Pierre-à-Bot, a district of Neuchâtel, Switzerland. At this location, components from Valfleurier – Richemont’s own movement manufacturer – are checked and assembled into complete calibers. The brand has boosted their image in terms of technology with the release of highly-complex timepieces, such as the L’Astronomo Luminor 1950 Tourbillon Moon Phases Equation of Time GMT, which was unveiled at SIHH 2018. In the same year, the Luminor Base was treated to its own in-house caliber, the P.6000. The Luminor Submersible is a specially designed diving watch. It is the successor to a model Panerai Officine developed more than 50 years ago for combat divers in the Egyptian Navy. Panerai describes the model as a tribute to the “world of the sea.” The Submersible features a rotating bezel with a minute scale. In 2011, Panerai released the “Bronzo” special edition, a Submersible with a bronze case. The watch manufacturer opted for a bronze alloy that is particularly corrosion resistant to ensure the Bronzo could handle repeat exposure to saltwater. Over time, the bronze case develops a unique patina, giving each piece an individual look. The Bronzo diving watch measures a sizable 47 mm in diameter. Its dark green dial coordinates beautifully with the bronze case and features raised fluorescent dots and hour markers. The case back is made of sapphire glass surrounded by a ring of satin-brushed titanium, offering the wearer a clear view of the beautiful automatic movement at work. In 2013, Panerai released an updated Bronzo. The luxury model incorporates a power reserve indicator at 5 o’clock.

Panerai’s presence at SIHH 2019 in Geneva was centered around the Luminor Submersible. In addition to several new collaborations with athletes, researchers, and organizations, the manufacturer unveiled the BMG-TECH model. This watch has an in-house caliber and features a host of innovative materials. The namesake material, BMG (bulk metallic glass), is an amorphous metal. It contains copper, aluminum, titanium, nickel, and zirconium and is particularly hard and resistant to corrosion. It is more brittle than other metals, however, hence the word “glass” in its name. The bezel on the BMG-TECH is made of the composite Carbotech, another high-tech material. As is expected from a composite containing carbon fibers, this material is particularly strong and lightweight. Panerai’s Carbotech stands out with its characteristic, seemingly chaotic pattern, which makes each watch one of a kind.

Rolex: A Brand of Superlatives

One Watch, Two Logos: How Non-Watch Brands Find Their Way onto the Dial

The team behind the Chrono24 Magazine consists of Chrono24 employees, freelance authors, and guest authors. They're all united by a passion for anything and everything… 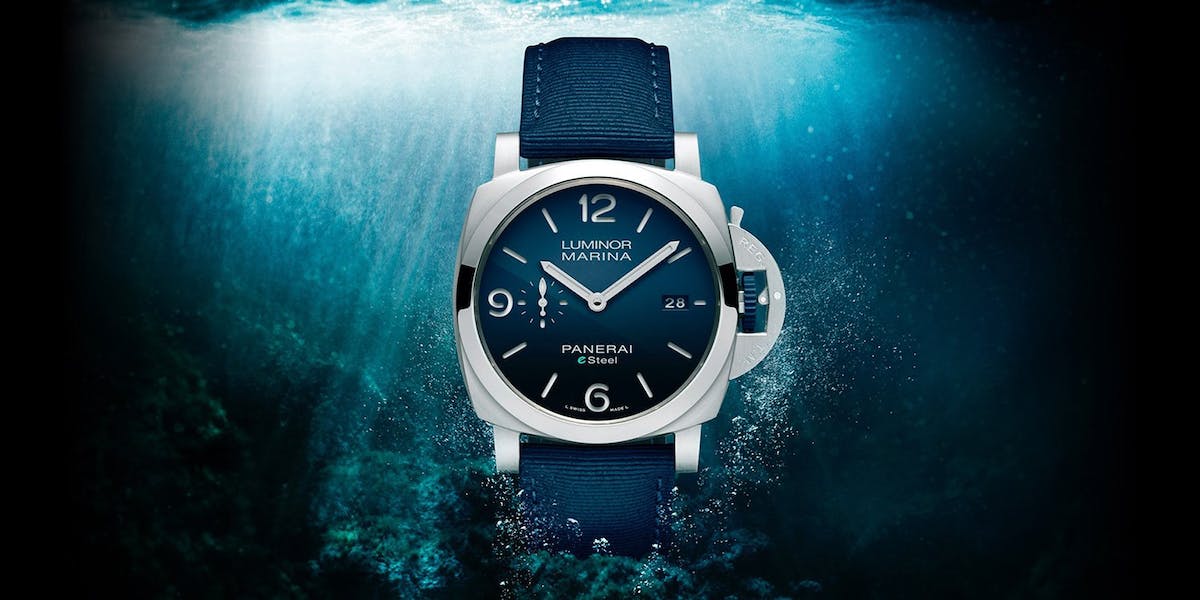 Panerai at Watches and Wonders 2021: All About Sustainability 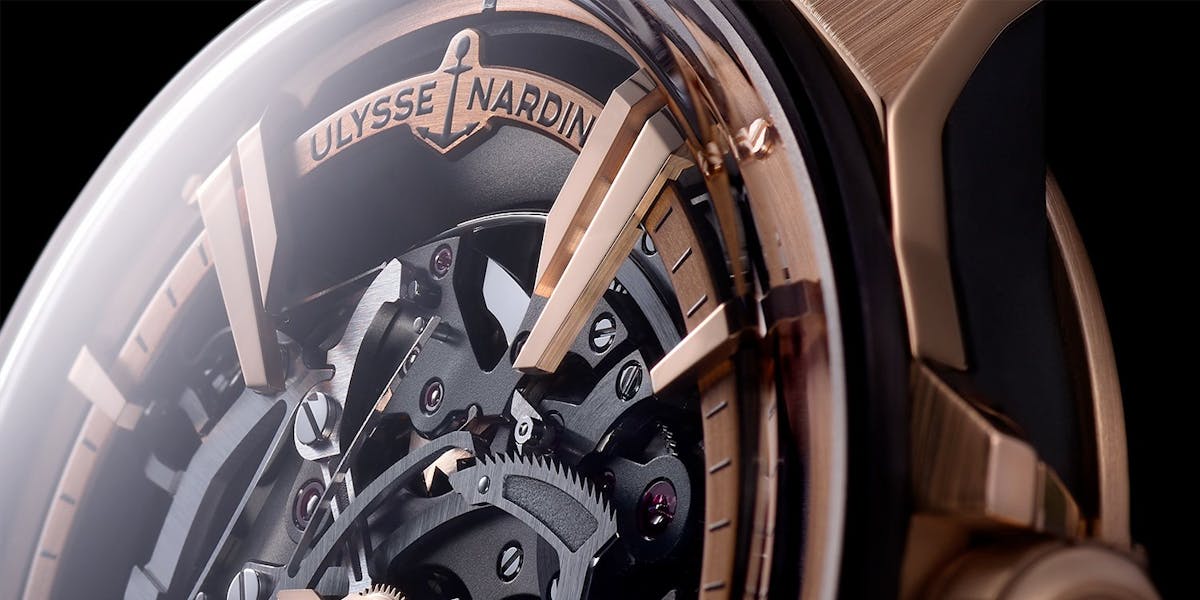 Ulysse Nardin and Vacheron Constantin Releases for Watches and Wonders 2021 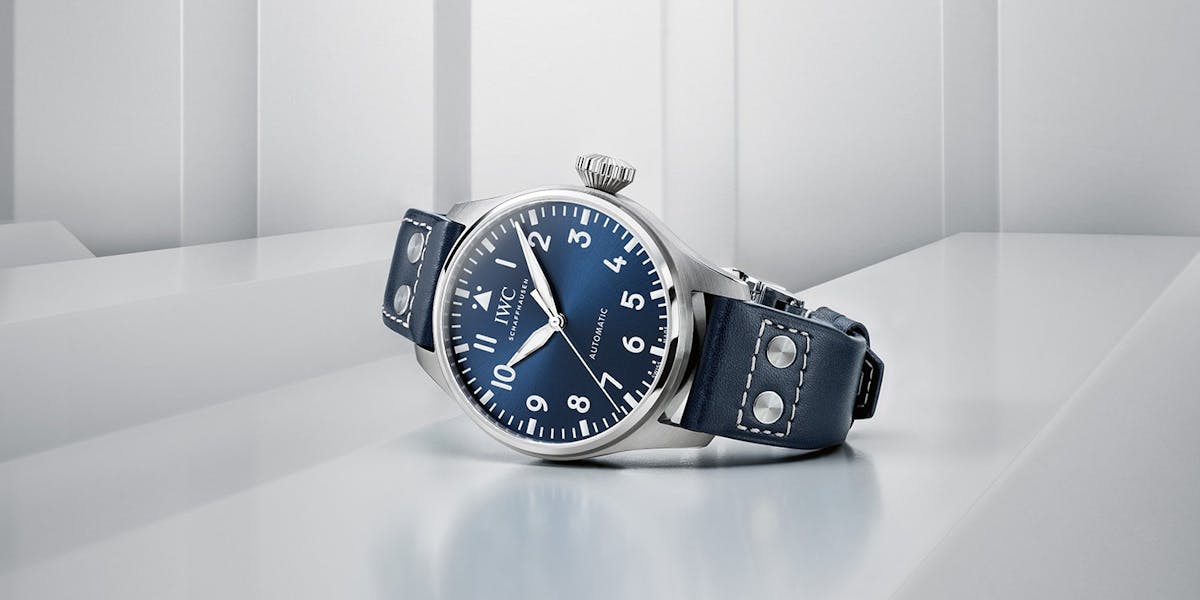 IWC at Watches and Wonders 2021: Pilot’s Watch in the Spotlight