Every watch fan has probably heard of the Memovox from Jaeger-LeCoultre. This brand with a hard-to-pronounce name has been responsible for creating some of the greatest and most iconic watches, including the Memovox, which has been around for almost 70 years.

The History of the Memovox 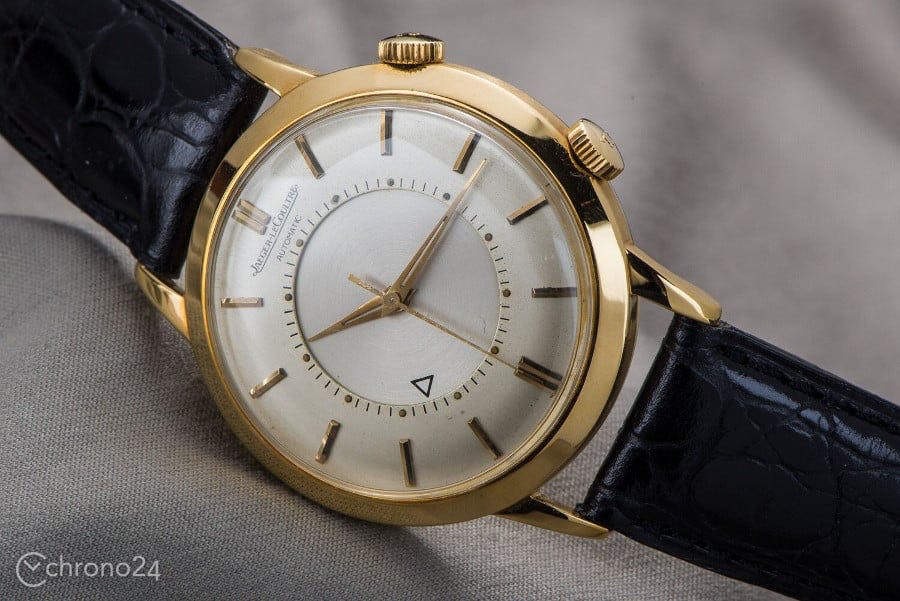 Following the creation of alarm watches by other brands, Jaeger-LeCoultre began producing the Memovox line back in 1950. Equipped with a mechanical alarm, it was advertised as the watch that ‘reminds, notifies, and wakes up.’ Although the alarm may be hard to hear when worn on the wrist, it is still easily enough to notify you at the right time. When it comes to waking you up, there is a simple trick to turning up the volume: Placing your Memovox on your bedside table allows the sound to resonate nicely.

Ever since the first Memovox, these watches have come in several configurations using different case materials and dial designs. However, the characteristic dual crown design has always been part of the Memovox. While the traditional crown for the setting and winding the watch movement sits on the lower right side of the case at 4 o’clock, the crown used to operate the alarm function is located at 2 o’clock.

Fun fact: In 1953, famous artist, actor, director, and comedian Charlie Chaplin received a Jaeger-LeCoultre Memovox from the Swiss authorities of the Canton of Vaud—home to Jaeger‑LeCoultre—soon after he moved to the region.

In celebration of their 125th anniversary in 1958, Jaeger-LeCoultre presented two new Memovox models. The first was the Memovox Worldtime, which allowed you to see the time across the globe at a glance. The other was specifically designed to make sure your parking meter doesn’t expire, thus saving you a costly fine. The Memovox Parking featured an additional scale on the alarm disc, which you could set for short intervals. 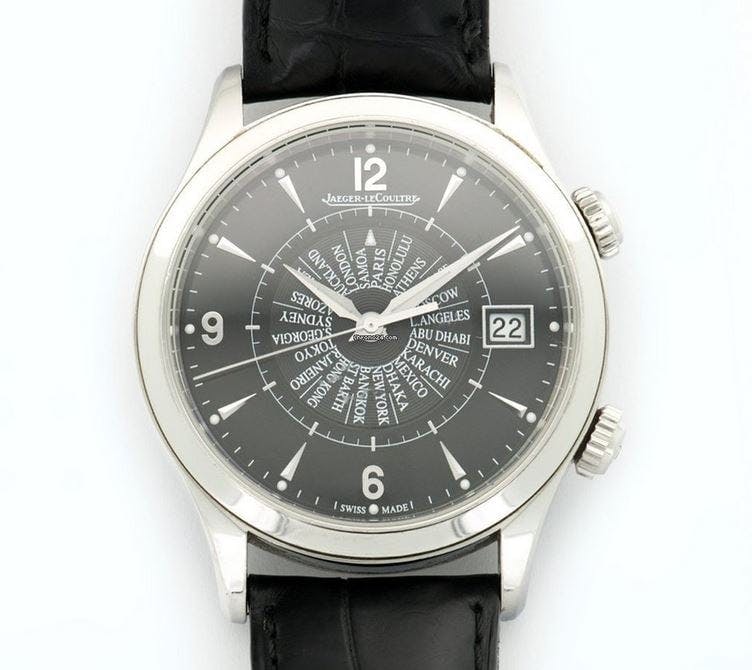 Probably one of the most collectible watches in the Memovox line is the Memovox Deep Sea. This timepiece was sold in limited numbers from 1959 to the early 60s. It was the world’s first diving watch with an alarm function and also featured the first automatic Memovox movement. In the US, this timepiece only came with ‘LeCoultre’ on the dial, while the rest of the world received watches bearing the full ‘Jaeger-LeCoultre’ name. With a production run of only 950 pieces, it is rare and highly coveted among watch for collectors.

A few years later, Jaeger-LeCoultre premiered a new and improved diving watch. The Memovox Polaris had a triple case back that made the alarm more audible under water.

The Master Grand Réveil from 1989 is easily JLC’s most complicated alarm watch. This is where their watchmaking skills really come together. In addition to an alarm, this watch featured a perpetual calendar as well as a moon phase indicator.

Almost 70 years after its launch, the Memovox collection is still a part of the Jaeger-LeCoultre catalog. The modern version is available as a boutique-only limited edition in rose gold or stainless steel with a striking blue dial.

The Jaeger-LeCoultre Memovox comes with a very useful and unique complication that can only be found on a handful of watches. Although a watch with a mechanical alarm might be a bit old-fashioned, you have to admit that it has its charm. Especially in the digital era, being ‘reminded, notified, or woken up’ by a mechanical watch should bring a smile to your lips.

I worked in real estate for 15 years. Over the last few years, I've turned my passion for watches and photography into a career. My interest in watches dates back …